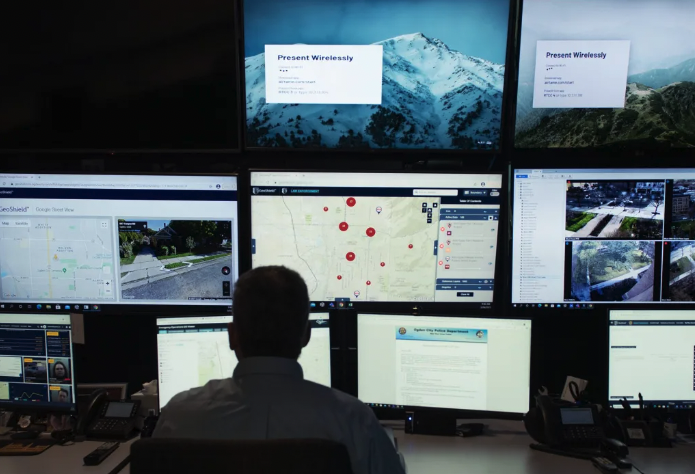 This is today’s edition of The Download, our weekday newsletter that provides a daily dose of what’s going on in the world of technology.

The covid-19 pandemic is still not over. And while injected vaccines provide good protection from severe disease, they don’t stop us from catching the virus or spreading it to others.

Vaccines that you inhale through the nose or mouth, on the other hand, potentially could.In the last week, regulatory bodies in both India and China have approved inhaled vaccines for covid-19. The companies behind these vaccines say that they’ll boost the immune responses of people who have already been vaccinated. MIT Technology Review’s senior biomedicine reporter, Jessica Hamzelou, explains what we know so far.

I’ve combed the internet to find you today’s most fun/important/scary/fascinating stories about technology.

1 A new malaria vaccine could protect millions of vulnerable people
It’s the most effective known jab to date. (The Guardian)
+ Scientists have called the development “world-changing.” (BBC)
+ If future tests are successful, it could be rolled out as soon as next year. (Economist $)

3 A new microscopy technique has made tiny protein structures visible
It makes it easier than ever before to study minuscule structures. (Economist $)
+ DeepMind’s AlphaFold isn’t always the most accurate model for protein interactions. (The Register)
+ DeepMind has predicted the structure of almost every protein known to science. (MIT Technology Review)

4 NASA is still working out when to attempt another moon rocket launch
Technical problems, including a liquid hydrogen leak, have delayed it twice so far. (WP $)
+ The rocket program is already years behind. (The Atlantic $)
+ Meanwhile, China’s moon mission is progressing. (IEEE Spectrum)
+ Two newly-discovered planets appear to be habitable. (New Scientist $)

5 US life expectancy keeps falling
Even though other wealthy countries’ life expectancy has begun recovering from the pandemic. (Vox)
+ Our circadian clock means that pain feels worse at night. (Wired $)

6 How the electricity industry helped to spread climate denial
Many of its biggest companies are still heavily invested in fossil fuels. (The Atlantic $)
+ The oil industry is still trying to greenwash its image, too. (Protocol)
+ Food supplies have not been as badly affected by drought as you may think. (Wired $)
+ We must fundamentally rethink “net-zero” climate plans. (MIT Technology Review)

7 A creepy woman keeps cropping up in AI images
She appears across multiple image-generation models, too. (Motherboard)

8 Facebook doesn’t actually know where it stores your data
Which comes as no surprise. (The Intercept)
+ She risked everything to expose Facebook. Now she’s telling her story. (MIT Technology Review)

9 Why Apple has dropped its obsession with optimism
Its new kit focuses on emergency prevention and survival. (Fast Company $)
+ The company’s privacy fixation can be traced back to Steve Jobs. (Bloomberg $)
+ A smartphone that lasts a decade is not an impossible dream. (NYT $)

10 Inside the forgotten chapter of internet history
Modems and the people that operated them helped to shape the grassroots of the internet. (Slate $)

Quote of the day

“It doesn’t benefit us poor people at all.”

— Jose Flores, a fisherman and farmer who lives in Conchagua, El Salvador, laments plans to build a “Bitcoin City,” which have been delayed following the cryptocurrency crash, to Reuters.

Inside the rise of police department real-time crime centers

At a conference in New Orleans in 2007, Jon Greiner, then the chief of police in Ogden, Utah, heard a presentation by the New York City Police Department about a sophisticated new data hub called a “real time crime center.”

In the early 1990s, the NYPD had pioneered a system called CompStat that aimed to discern patterns in crime data, since widely adopted by large police departments around the country. With the real time crime center, the idea was to go a step further: What if dispatchers could use the department’s vast trove of data to inform the police response to incidents as they occurred?

Around the country, the expansion of police technology has been driven more by conversations between police agencies and their vendors than between police and the public they serve. And as federal and state laws take their time to catch, who gets to decide how close a tool can really get to your constitutional rights? Read the full story.

We can still have nice things

A place for comfort, fun and distraction in these weird times. (Got any ideas? Drop me a line or tweet ’em at me.)

+ This Instagram account matching Pingu images to Penguin Classics is absolutely incredible.
+ I had no idea you could “paint” with polarization-filtered coloration (thanks Claire!)
+ LA’s Magic Castle looks truly wild.
+ Inspiring: this Nebraskan man paddled 38 miles in a pumpkin down the Missouri River.

+ I didn’t know sheet music could be threatening, but now I’m living in fear.