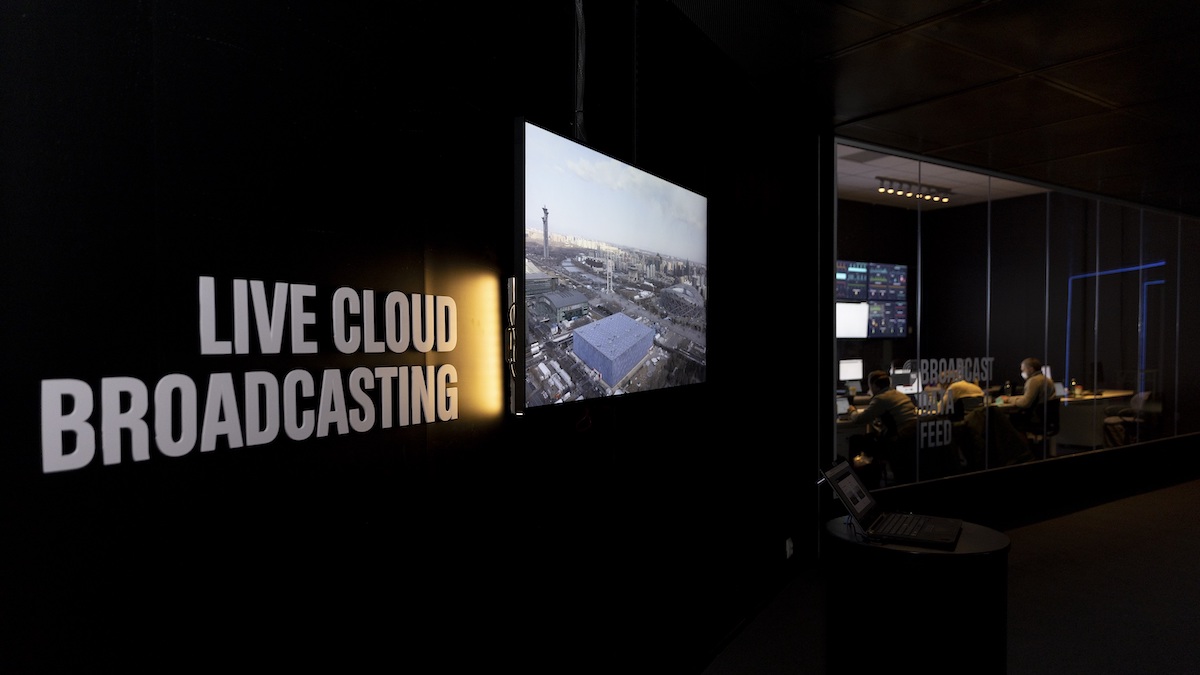 As global viewers waited with bated breath in early February to see whether Japanese figure skater Hanyu Yuzuru would nail a legendary quadruple axel during the Beijing 2022 Winter Olympics, it was likely that few would have considered the amount of behind-the-scenes work needed to bring those images to their screens.

The Olympic Winter Games were as much of a challenge for the host city and organizers as they were for the athletes. From venue set-up, accommodation arrangements, health and safety protocols, broadcasting requirements, to medal ceremonies and merchandise sales it has been a tough logistical puzzle for all those involved, amid the covid-19 pandemic and its accompanying restrictions on spectators, athletes, and staff alike.

Digital transformation, however, provided some relief. Technology services such as communications, content delivery, and production were all migrated to the cloud, which allowed broadcasting and information sharing to proceed smoothly despite strict covid protocols.

“Much of the physical infrastructure has been replaced with cloud-based services, significantly reducing hardware costs while at the same time improving performance levels,” says Jeff Zhang, president of Alibaba Cloud Intelligence, a unit of Alibaba Group that managed the services. The migration allowed organizers to streamline their work, lessening the host city’s burden of building extensive IT infrastructure, adds Zhang. Event managers were also able to make decisions based on real-time information, leveraging digital technologies such as AI to get a better picture of how everything was progressing.

From venue to screen

Most significantly, the Olympic Winter Games increased its use of cloud technology to broadcast events globally. Traditionally, getting the Olympics onto people’s screens required expensive international telecommunication optical circuits, as well as sizeable news and broadcast crews who had to be flown into the host city. But the Olympic Broadcasting Services (OBS) did things differently. For the first time, during the Olympic Winter Games, broadcasters were able to receive live footage through a public cloud—a more agile option that costs a fraction of the price of other transmission methods. Live Cloud is part of OBS Cloud, a joint broadcasting solution of OBS and Alibaba that was pioneered during the Tokyo 2020 Olympics and adopted as a standard service during Beijing 2022.

“Most organizations have been forced to carry out production and distribution workflows from home and, during the crisis, rely on cloud services to support their newly remote production,” says Raquel Rozados, director of broadcaster services at OBS. Compared to the 2018 Winter Olympics held in Pyeongchang, South Korea, Beijing’s Winter Games saw a reduction of almost 40% in on-site broadcast personnel.

For the first time, broadcasters could remotely edit Olympic sports footage on the cloud, creating social media-friendly clips from live sessions in real time. Multi-camera replay systems were used for freeze-frame slow-motion playbacks from a wide range of angles, creating an immersive viewing experience. OBS says it produced over 6,000 hours of high-definition content, made available to over 20 broadcasters around the world. While processing such a large amount of ultra-high-definition footage would have previously posed a significant challenge to broadcasters, the cloud made delivery and editing far more manageable.

Being able to download high-quality footage from the cloud meant that broadcasters saved on flying teams of journalists, producers, camera operators, and equipment into Beijing to cover the event. It was just as well, as covid-19 regulations complicated travel, which the International Olympic Committee has pointed to as the biggest contributor to the event’s carbon footprint. “Overall and wider than just applying cloud technologies to broadcasting, migrating the Games’ core systems to the cloud is an important progress in making the games more efficient and sustainable,” says Zhang.

For participants separated by geography or pandemic movement restrictions, cloud technology made sure they were not left out. Cloud ME—a real-time communications platform—provided booths in which participants could project full-body images of themselves into other booths. Athletes competing in Beijing without the accompaniment of family members were able to use Athlete Moments, a cloud-based application to connect to loved ones from the venue.

When Chinese fans watching the Winter Olympics fell in love with the mascot Bing Dwen Dwen and wanted to acquire plushies or keyrings, there would have been no one better to talk to than virtual influencer Dong Dong, a 22-year-old Beijinger who literally lived in the cloud.

Created with Alibaba’s AI technology to display human-like gestures and even dance moves, Dong Dong’s job was to engage with a young tech-savvy generation of Olympics viewers, answering their questions, providing fun facts about the Games, and promoting official merchandise. “Dong Dong can look, speak, and act just like a young girl with a lively personality and engaging charm,” says Zhang. Between February 4 and February 20, her livestreams were viewed by over two million viewers, with a fan base of over 100,000.

Zhang emphasizes that a virtual influencer like Dong Dong isn’t meant to replace real-life influencers who regularly work with brands and companies. But they do give brands the option of customizing exactly the sort of influencer they’d like to interact with in their market. “Many of these virtual influencers have their unique personality, charisma, and special interaction styles with the target audience, which makes them a good fit for retail brands or event organizers,” he says.

This peek behind the Winter Olympics curtain points to the high stakes riding on technology to keep large events going. “One key challenge is to ensure we have a secure, resilient, robust, and reliable cloud infrastructure that can run all the workloads smoothly and safely,” Zhang says. With organizers working on planning and scheduling, broadcasters waiting for footage, and fans shopping online, any outage or drop in service could be a disaster. Luckily, this wasn’t Alibaba’s first experience Zhang points to the company’s experience with other large events, such as Alibaba’s Global Shopping Festival, held on November 11 every year.

In recent years, other sporting events have also shifted—in one way or another—to the cloud. During the 2018 World Cup, 20% of the short videos from the event were produced by artificial intelligence, using Alibaba Cloud’s intelligent video production solution to quickly generate match highlights. And in the past two years, the covid-19 pandemic has pushed organizers of events, small and large, toward digital transformation and new tech-driven solutions, a trend that is unlikely to end even as pandemic restrictions lift.

To meet anticipated demand, technology companies have been working on cloud applications with modeling capabilities. One of them is Alibaba Cloud’s Venue Simulation Service (VSS). Although not used at the Beijing Winter Olympics, VSS integrates cloud computing, artificial intelligence, and computer graphics for venue digital modeling and simulation of operations. By simulating physical sports venues and activities that will take place within them, event organizers will no longer need to be in the actual venues to get a good idea of the space.

“Cloud technology can play a key role in helping event organizers with planning,” says Zhang. By leveraging cloud technology to cut down on the amount of physical infrastructure needed and allow for remote working with leaner teams on-site, these big events could be more inclusive, efficient, and sustainable.

“We believe in the future, we will push technology boundaries even further to create an enthralling mixed reality,” he says. “Digital personas or virtual influencers will find new ways to engage with their audience through immersive experiences or a metaverse-style settings. And cloud-based digital simulation of venue and operations can make planning of large events a ‘green’ undertaking.”